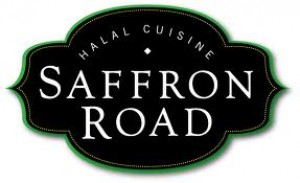 Ajouter à mes favoris
Saffron Road is the culmination of our Founder and CEO Adnan Durrani’s life’s work.  Right after the turn of the 2000 millennium, the natural food pioneer first envisioned a halal food brand which also embodied ethical consumerism: halal, sustainably farmed, all-natural, anti-biotic free, and 100% vegetarian fed, all harvested on family-owned farms. Fortuitously, the initial inspiration behind our brand’s name was unintentionally hatched almost a decade ago.  This was less than six months after the horrific tragedy of 9-11, which Adnan saw in real-time. The pain and suffering deeply affected him. As a long time social entrepreneur, Adnan was soul searching for a social enterprise that could bring harmony to soothe political, religious, cultural and social dissonance.  He pondered, “Was there any historical precedent that demonstrated the goodness of humanity, a higher calling to improve the human condition?”.  He found the answer in the Silk Road Project – it was his “wow“ moment for Saffron Road. Adnan was mesmerized by this intercultural event he attended in 2002 by cellist Yo Yo Ma: The Silk Road Project was sponsored by the Smithsonian Institution Center for Folk Life and Cultural Heritage as part of “The Silk Road: Connecting Cultures, Creating Trust.” This 10-day celebration in 2002 on the National Mall in Washington, D.C., brought together some 350 artists from Silk Road lands to explore their common heritages. That event showcased the world’s various cultures over 3,000 years coalescing and intermingling during the silk trade on the famous silk route, whose roads extended 6,000 miles from Italy all the way to the Orient.  This Silk Road was the exact path that the exquisite spice Saffron was first traded on for over 3,000 years. The Silk Road crisscrossed Eurasia to the Orient and represents an early celebration of the synch ronicity of political and cultural integration. In its heyday, the Silk Road sustained an international culture that through food, spices, art, science, innovations, and trade bonded together groups as diverse as the from great empires like that of Alexander The Great to the Ottomans and the Persians. Saffron was very much at the center of the Silk Road—hence the brand name “Saffron Road” resonated, with the imagery being on one on the same adventurous journeys. Adnan felt that even though there existed many different ethnic cuisines, there was really no high quality offering in the US consumer market that celebrated the rich, ethnic diversity and cultural harmony that he believed exemplified the inclusive spirit of those travelling on these ancient Silk Routes, where one of the most treasured jewels was saffron.  Furthermore, since Islamic cultures had also enjoyed this Silk Road for 1,400 years, over the centuries halal food and saffron were an integral part of anyone who journeyed on this route.  Thus Saffron Road was born – out of a vision of a journey that is truly memorable and which could be shared and celebrated by friends and families of all cultures and faiths coming together for an epicurean meal. With ethical consumerism as its foundation and pluralistic values as its compass, Saffron Road is the incubation of a natural food company, which excludes no faiths or cultures—but rather strives to be inclusive and celebrate all faiths with values that are multi-ethnic, socially responsible, and spiritually timeless. Our mission is to restore the “spiritual sacredness to food,” and bring back a simple mindfulness of the abundant commonality of all humanity in this complex world. As Adnan set out to create an authentic culinary experience that was halal and at its core stood for ethical consumerism, he also sought out a like-minded partner. Thus Jack Acree shortly thereafter joined American Halal as our Executive Vice President. Jack also strongly felt here was clearly an opportunity for a food choice that would not only appeal to those consumers whose spiritual principles guided their dietary needs, but also something that was all natural, humanely-treated, anti-biotic free, and sustainably farmed. Jack identified with American Halal’s core mission and was an architect of developing the company’s brand and naming sessions.  John Umlauf, another fellow ethical consumerism devotee with a background in culinary arts as well as sustainable livestock sourcing and halal, also joined the Company. So, the stage was set in the early 2010 to create and blossom the Saffron Road brand. As the brand prepared to launch in 2010, the availability of Halal products were limited, especially in the frozen foods section of mainstream retailers as well as in high end natural foods stores like Whole Foods Market. Saffron Road thus debuted nationally in July 2010 in Whole Foods stores as the world’s first all-natural, Halal-certified, anti-biotic free, and certified humane frozen entree. Our first product line, four frozen Indian Entrees, were an instant success in all of Whole Foods eleven national regions, encompassing over 250 stores. We’re thrilled that our brand is now recognized as a leader in not only halal, but also as the premium choice in frozen antibiotic free entrees which are also certified humane and 100% natural. We truly stand out currently as perhaps the only national frozen entrée brand in any major US supermarket in US with these exemplary traits. Saffron Road seeks to bring its mission and faith-based values to a higher calling with the local and global community, embodying a socially-conscious company ethic, as well as being a dedicated to sustainable farming practices. We hope you and your family will join ours on the Saffron Road– a journey of bringing together families and cultures to share a meal and values around the dinner table. 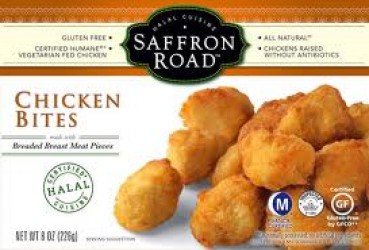 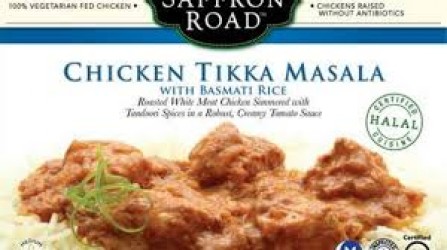